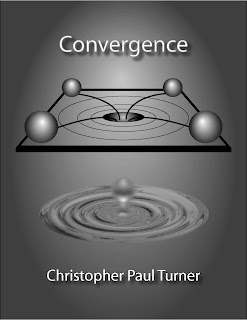 Convergence combines career advice with commercial fiction in a novel about 4 young scientists striving for academic success. Each journey takes many twists and turns as these researchers make significant discoveries, under impossible conditions, while dealing with unscrupulous colleagues. To keep their careers alive, however, they are in the end forced to consider something that would normally be unthinkable. What directions each of them end up taking may not only define their character but ultimately determine their destiny.

Convergence documents the surprisingly cut-throat world of science and reflects the real-world experiences of tens of thousands of young researchers everywhere. There are four main storylines, each involving a woman seemingly unrelated to the other three. Convergence begins by slowly taking the reader into the world of science and discovery, a seemingly benign culture that appears full of supportive people. However, despite the apparent purity of the four main protagonists, sinister undercurrents are ever-present and each storyline gets ever darker as the novel progresses. After many unpredictable plot-twists Convergence stops being purely a science mystery and develops into a slow-burning political drama.

The quotes come from the book's site (linked above). When the author contacted me earlier this year I was too backlogged at work (not to mention reading), but I was interested in the descriptions. Having seen dubious choices made by doctors on which medical devices (implanted into the brain) to use, the topic intrigued me. The book is available for $8.50 and you can read the first chapter for free.

The book reads mainly as a mystery, or rather mysteries, unraveling what has happened with four individual Neuroscience researchers in addition to the narrator. While each story is unique and separate, an overarching trend emerges as well as the possible convergence of their stories.

In addition to the surface story and allegorical meaning, there was a symbolic linking of the researchers’ plights with that of a cell’s difficulty during (and after) a stroke—people/agents intended to assist can inflict maximum damage. While there are many quotes at the book’s site, I’ll add one that I don’t believe is there:

“A truly skilled Machiavellian knows that formal conspiracies will almost always fail. They much prefer the stealthy approach of seeding a network with false beliefs, then stepping back and letting nature take its course. The inherent nature of any human network will allow any agenda to resonate within the community; the beauty of this is that the network does all the work. Indeed, the agenda will eventually get distorted and then amplified by countless reiterations before it becomes part of the collective awareness,” he explained.