Clicking on the Past 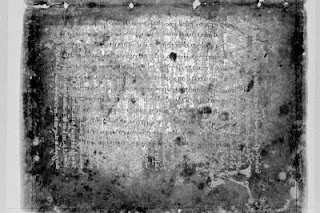 Picture source
(Archimedes: The Palimpsest Project)
Last Friday, The Wall Street Journal had an article on the trove of ancient manuscripts being found or salvaged using new technologies. Also, many manuscripts are being digitized and posted online. Since I can't find the article online, I’ll pass on the links mentioned.

Key works:
Mozart’s thematic catalogue
“This manuscript is Mozart's record of his compositions in the last seven years of his life”

The Leonardo notebook
“The notebook was not originally a bound volume, but was put together after Leonardo's [da Vinci] death from loose papers of various types and sizes. Many of the pages were written in 1508; others come from different periods in Leonardo's life, covering practically the whole of his career. The range of subjects - from mechanics to the flight of birds - demonstrates Leonardo's almost compulsive intellectual curiosity about scientific and technical matters.”


The Library of Congress, “American Memory”

Objects in The Alfred Whital Stern Collection of Lincolniana, including contents of Lincoln’s pockets on the night he was shot (a Confederate $5 bill?).

“This collection offers access to the four Walt Whitman Notebooks and a cardboard butterfly that disappeared from the Library of Congress in 1942. They were returned on February 24, 1995.”

Voices from the Days of Slavery
“The almost seven hours of recorded interviews presented here took place between 1932 and 1975 in nine Southern states. Twenty-three interviewees, born between 1823 and the early 1860s, discuss how they felt about slavery, slaveholders, coercion of slaves, their families, and freedom.”

This oracle bone from around 1200 B.C. contains 24 characters in four groups in a vigorous and strong style, typical of the Bin group of diviners in the reign of Wu Ding (circa 1200-1189 B.C.). It records the gods of the four directions and of the four winds

Declaration of Intention to become an American citizen for Albert Einstein

“In this manuscript, enscribed Cadiz, Spain, November 20, 1493, Christopher Columbus describes the new lands he has discovered, which he calls the East Indies.”

Archimedes: The Palimpsest Project
“This thirteenth century prayer book contains erased texts that were written several centuries earlier still. These erased texts include two treatises by Archimedes that can be found nowhere else, The Method and Stomachion.”

"Codex Sinaiticus, a manuscript of the Christian Bible written in the middle of the fourth century, contains the earliest complete copy of the Christian New Testament.”
Posted by Dwight at 11:35 AM