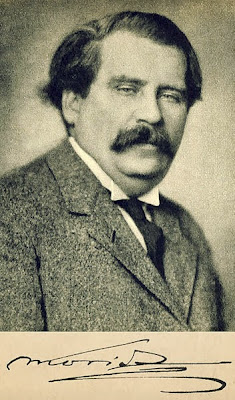 Zsigmond Móricz (1935)
Picture source at Wikimedia Commons
Before I begin posting on Zsigmond Móricz's Relations I thought I would include a post looking at the author and the introduction to the book written by George F. Cushing (Corvina Books, Ltd.; 2007).

I'll have to admit I had not heard of Zsigmond Móricz until I picked up Relations. There is a little bit of information in English available online but not that much. His entry at Wikipedia isn't very long. More helpful is the author's page at Publishing Hungary, which looks at a few of his major works. His first published short story, Seven Pennies, is the most common work in translation I have found. If you find more helpful links on Móricz let me know and I'll be glad to add them to this list.


He wrote some 36 novels, 600 short stories and numerous so-called reports, which are often indistinguishable from the stories; he also wrote a number of studies, some verse and dramas. Although he loved the stage and adapted several of his novels for it, he was a failure as a playwright. But in the rest of his work he described contemporary Hungarian society with the passion of a reformer, starting with the people he knew best, the peasants of the Great Plain, but gradually moving to the rural and small-town gentry and the slum-dwellers of Budapest. (page 7)

Much of Móricz's early works centered on peasants. By the mid-1920s, his focus changed and wrote about “the rural and small-town gentry, who had it in their power to initiate reform.” (page 9) The failures of the peasants is now replaced with a moral failure by the gentry to improve life in Hungary. Móricz shines a light on the upper levels of society and implies that they should not be trusted with the future of the country. Given everything going on outside of the country, the Hungarian gentry was becoming a 20th-century anachronism. At this point in his career, Móricz published Relations in installments, then in a larger book form in 1932. Cushing's comments on Relations:


It is a novel of total disillusionment, with barely a glimmer of humour; only the rogue of an uncle, Berci, who tries to palm off coal from Hungary’s best mine as his own, offers any relief. When he began to write it Móricz declared, “I postulated the idea that in every family there is one man, the rest are relations. By this I meant that there is a competent, strong personality to whom the many incompetent cling. And this strong man cannot achieve anything, because the network of relations enmeshes him and drags him into the depths.” But in its telling the story takes on a much wider significance. Kopjáss is another failed hero; he has ideas, but is no fighter. He is unexpectedly promoted from a minor post in the civic administration to a major one for which he is not qualified. … As news of his promotion spreads, relations, both close and very distant, begin to turn up on his doorstep demanding his patronage, much to his cool and hard-headed wife’s annoyance. Throughout the novel, Lina personifies good sense and sobriety as she protests ever more vehemently against the involvement of her husband in schemes of doubtful morality. But this is not all; the town administration in which he now has a key role is thoroughly corrupt and plays a part in numerous shady deals. Whatever his good intentions, Kopjáss is drawn into the net, soon realizing that he has been promoted not for his abilities, but as an easily-led accomplice. … The novel, which spreads its net even wider, to the whole country, is a complete rejection of the idea that the gentry could ever initiate reform; all they are interested in is their own personal position and wealth (even when there is little or none of the latter to support them). (page 10)

It's a ferocious condemnation, where patronage and family relations trump the need for civic-minded leaders. Móricz had a Calvinist upbringing, which shines through in some of the positive characters. Cushing says that Móricz offers solutions, which I think paints what Móricz does a little too strongly. Alternatives are offered, which I'll cover in a separate post. Cushing also highlights Móricz's remaining works, which adopt "a gentler, but no less effective mode of writing." For someone who declared "I needed writing to become a human being," Móricz left what appears to be a broad coverage of what it meant to be human in Hungary during his lifetime. Hopefully I'll get to the other easily obtainable book in English translation, Be Faithful Unto Death, before too long.

Update: One of my favorite sites, Hungarian Literature Online, should have been my first stop when looking for articles on Móricz. The essay "Land of Swindlers" by Lajos Jánossy looks at the English translation release of Relations by Corvina.


Móricz's novel Relations, recently published in English, is a career story in the Balzac vein, a kaleidoscopic image of the hierarchic society of a Hungarian small town, as well as a description of the "natural history" of corruption, the all-encompassing network of swindles.

Update: There are two film versions of Relations, "Rokonok," one in 1954 and a more recent one in 2006. I doubt the early version is available with English subtitles, but I know there is one for the 2006 version. Unfortunately I can not find a copy available for sale (through some one I can trust). WorldCat turns up - 0 - copies. If anyone knows where a copy may be obtained or rented, please let me know in the comments.

Related posts:
”The only relation to love is the one that’s of use to you”: problems in post-World War I Hungary
Lina and Magdaléna
Solutions?
My notes

I'm not sure I really agree that the novel has no humour. I thought it was full of humour. The lead character's attitude reminded me a lot of Jakob von Gunten (a sort of joy in the essential badness and corruption of things).

I've read some of the short stories too, and there are a lot of Hungarian cowboy stories (a world I'd never really considered), much like a lot of early South American fiction.

There's humor but it's heavy on the "look how much we're screwed" side of the ledger. Since he calls out the storyline of his uncle as an example of the humor in the book I would guess that that style of absurdity is more common in his other works. But then it's just a guess.

I love Pista--he's not the brightest bulb, although he does pick up some things quickly, but he's a plodder. It's funny on the subjects he talks over with his wife how far she is ahead of him on certain things. (So yeah, there's more humor than I originally gave it credit for, too.)

I have been reading a fair amount of Charles Dickens lately and i am getting the same impression from several of his novels.

I see I understated things a bit with "implies." In Relations he's very clear with how he feels.

I keep putting off Dickens for some reason...I have this image of me having lots of time, being able to sit down and read at long stretches. I'll be able to tackle massive oeuvres like those of Dickens. If I keep putting him (and others) off for such a situation I think I'm going to shortchange myself.