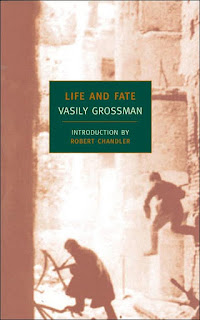 I saw the unflinching force of the idea of public good, born in my country. I saw it first in the universal collectivization. I saw it in [the purges of] 1937. I saw how, in the name of an ideal as beautiful and humane as that of Christianity, people were annihilated. I have seen villages dying of starvation; I have seen peasant children dying in Siberian snow; I have seen trains carrying to Siberia hundreds and thousands of men and women from Moscow and Leningrad, from all the cities of Russia — men and women declared enemies of the great and bright idea of public good. This idea was beautiful and great, and it has mercilessly killed some, disfigured the lives of others; it has torn wives from husbands and children from fathers.

Human history is not the battle of good struggling to overcome evil. It is a battle fought by a great evil struggling to crush a small kernel of human kindness. But if what is human in human beings has not been destroyed even now, then evil will never conquer.

While the Soviet characters fight against Fascist enemies, Grossman juxtaposes both governments’ ability to restrict or take away an individual’s freedom. Grossman’s indictment wasn’t limited to direct restrictions imposed on man but included the perversion of man’s spirit. Ideologies or movements will always meet resistance, according to Grossman, when they attempt to crush “what is human in human beings” and he provides many moving examples of those struggles. He also shows people losing some of those struggles—after all, weakness is part of what makes us human, too.

Grossman celebrates the Soviet victory in Stalingrad unironically as a triumph of freedom over oppression. Yet he foreshadows later Soviet crackdowns on freedom in his appraisal of communism's similarities with fascism. The bottom line for Grossman lies in our humanity and our ability to flourish under freedom, without which we experience spiritual entropy.

Highest recommendation—as I’ve mentioned in previous posts, it is a difficult book and not just for its length or number of characters. The subject matter can be dark, but Grossman’s constant emphasis on hope buoys the book and the reader.

Links for Grossman and Life and Fate

More on fate and life

How was this possible?

Pictures of St. Petersburg: Now and Then

Just finished "Life and Fate" within the last hour, Dwight, and would definitely agree with you about the highest recommendation verdict. What a brave and powerful work with Part Three's post-Stalingrad victory passages including some of the most startling (and darkest) work in an entire novel full of startling (and dark) work. Profoundly moved by the experience...

Glad to see you enjoyed as much as I did. It is moving. Funny how I've been reading other works that cover Soviet periods before this book (Mariengof, Platonov) and after (Anne Applebaum's Iron Curtain, in particular) and they all seem to be part of a whole.

Oh, have you had a chance to listen to the BBC adaptation yet?

I've been saving the BBC discs until after I finished the book, so now that that's done I'll try to get to them within the next week or two. Looking forward to it, of course! Am very interested in reading something by Applebaum one of these days (either the title you mention or "Gulag"); however, I'm struck in the reviews by the ratio of people who compliment her writing and research to the ratio of people who attack her for displaying "right-wing" bias or some such. A weird thing, no? P.S. Feel free to let me know (here or by e-mail) if you're interested in my gently-used copy of Beevor's "Stalingrad" after I'm done with it. I think it's great, but I'm hoping to pass it on to somebody else who might enjoy it when I'm done.

I think you'll find it a good review of the novel since it follows a "subject" at a time instead of weaving back and forth like Grossman did.

Responded to you via email on the other topics.