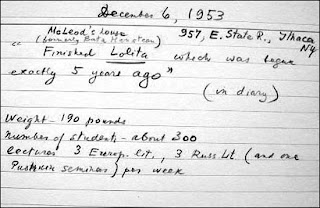 "I have only words to play with!"
That one quote continues to stick with me as my favorite line of the book as well as representative of so much within it. In the same declaration, Humbert Humbert bemoans the fact that he does not have Lolita to "play with," as well as alluding to the theme within the book that words are inadequate in so many situations (despite the seductiveness of his words).

I've been rather hard on the book, mainly because the parodies and puzzles within the book promise so much. Do they live up to those promises? Or to paraphrase comments I made in the discussion posts, does it rise above the gimicks? I think the book will easily survive multiple readings, revealing something new each time. Looking back on passages in order to write about them, I found additional things each time. And yet...there are things I felt undermined the work. Maybe fatally, maybe not. I don't know if I'll read the book again, but I do see the appeal and desire to do so.

Some additional links not included in the above, courtesy of Zembla:

Some reading group questions that are above the usual level of published questions.

An alternative study guide that looks good at first glance.

A comparison of the two film versions 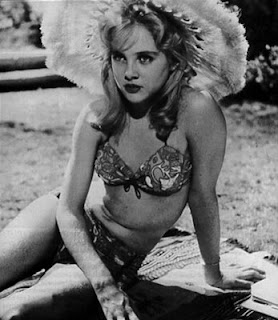