If I find articles that relate to older material here I’ll add an update to the original post. I’m not good about letting anyone know about the updates so I’ll take this opportunity to note a few from the past few months.

The Katyn massacre
(posted on the summary post for Bloodlands: Europe between Hitler and Stalin
Update (10 Sep 2012): At the National Archives: Records Relating to the Katyn Forest Massacre

Forced relocation after World War II
Update (11 Aug 2012): Andrew Stuttaford's review in The Wall Street Journal of R.M. Douglas’ Orderly and Humane: The Expulsion of the Germans after the Second World War

BBC4’s radio adaptation of Ulysses
Updates: a review of the adaptation.
And another.
An article on why Ulysses is suited for radio.
Robin Brooks talks about the challenges adapting the novel to radio.

For the record, I made it through the first thirty minutes of the first DVD of Satantango. I couldn’t watch any more despite it being a faithful adaptation of the book.

The Stories of Bruno Schulz
Many thanks to zmkc for the pointing out the link to Nicole Krauss reading Bruno Schulz’s “Father’s Last Escape” (from a podcast at The New Yorker).

At the closed Giornale Nuovo, mr. h posted on Schulz, covering various aspects of his work with special emphasis on his artwork.

On the movie The Hour-Glass Sanatorium, Steve Mobia sent me a link to a trailer on YouTube that is much better quality than what I had watched. Short, but an excellent presentation of the weirdness of the movie as well as great quality... click here.

On the sesquicentennial of the Battle of Shiloh
Mental Floss had an article on the Angel's Glow that some soldiers experienced after the battle:

Some of the Shiloh soldiers sat in the mud for two rainy days and nights waiting for the medics to get around to them. As dusk fell the first night, some of them noticed something very strange: their wounds were glowing, casting a faint light into the darkness of the battlefield. Even stranger, when the troops were eventually moved to field hospitals, those whose wounds glowed had a better survival rate and had their wounds heal more quickly and cleanly than their unilluminated brothers-in-arms. The seemingly protective effect of the mysterious light earned it the nickname “Angel’s Glow.”

Travels with Herodotus
Update (2012 Aug 6): In the wake of Ryszard Kapuściński: A Life by Artur Domosławski (translated by Antonia Lloyd-Jones) there has been a lot written about Kapuściński's inaccuracies (to put it nicely) and his collaboration with the Communist intelligence agency in Poland. A good overview on the dust-up can be found in Neal Ascherson's essay on the book and Kapuściński's writing. 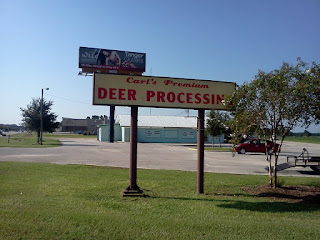