The fate of Legio IX Hispana 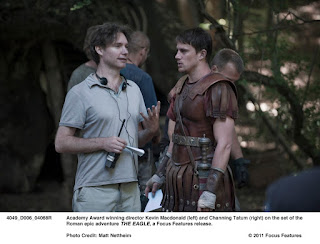 A few years ago, the boys and I read Rosemary Sutcliff's The Eagle of the Ninth, a historical fiction book that looks at the "disappearance" of the Roman Ninth Legion (Legio IX Hispana) from Britain in the second century AD. While we enjoyed the book (and the 2011 movie version, The Eagle), we also looked at alternate theories explaining the disappearance of the legion.

Today I found a link to a 2011 article by Duncan B. Campbell in Ancient Warfare Magazine, titled "The Fate of the Ninth," that lays out additional information that might help explain what really happened. From the introduction of the article:

In 1954, Rosemary Sutcliff published a novel about Roman Britain. It caught the imagination of an entire generation of readers with its tale of the Ninth Legion, destroyed in the mists of Scotland. A BBC dramatisation captivated a fresh generation in 1977. And now a new motion picture is set to revive interest in the fate of the Lost Legion. But was it really destroyed in Britain during the reign of Hadrian? Or have we fallen for a myth that should have been laid to rest fifty years ago?

In the article, Campbell highlights the importance of prosopography, "the study of persons and their careers from the evidence of inscriptions," in framing the debate over what might have happened to the Ninth Legion. He also reviews additional information and finds from the 1960s and '70s that would seem to put to rest some theories. Sutcliff's novel, though, describing what happened as “Sometime about the year AD 117, the Ninth Legion, which was stationed at Eburacum where York now stands, marched north to deal with a rising among the Caledonian tribes, and was never heard of again... no one knows what happened to the Ninth Legion after it marched into the northern mists” still seems to have a grip on the modern imagination.

I highly recommend the article since Campbell lays out the history of evidence, arguments, and cautions (usually ignored) in trying to solve exactly what happened to the Ninth Legion.