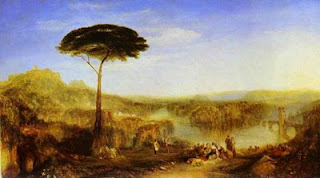 I had written a long post on Lord Byron’s influence on Pushkin, as well as Pushkin creating something beyond Byron. As I was re-reading it, I realized only people working on graduate degrees related to this would care. Hell, even I didn’t care by the time I reached the end. So I’ll paraphrase it and try to at least discuss part of the novel.

With Byron’s influence waning, it is easy to forget the standing Byron had during his day. His writing hit notes that resonated perfectly for his time and Pushkin could probably identify (to some extent) with Byron’s life (or at least the persona) and characters. Byron doesn’t exert the same influence as he once did, obviously, but neither does Goethe’s Werther, but each captured and influenced their time. That Pushkin would esteem one of Europe’s leading writers is understandable. I can’t find it now, but I remember reading that Pushkin took pride in sleeping with one of Byron’s lovers. This tale may have been from Pushkin’s alleged journals, making the story questionable (but still fitting).

The romanticism usually associated with Byron comes through in Eugene Onegin, not just in particular characters but in works referenced in the novel. The melancholy and world-weariness of Childe Harold's Pilgrimage reflects the character of Onegin. Unlike Byron, who noted it was difficult to separate Harold and the author, Pushkin first separates Onegin from the author through the use of a narrator/character very different from Pushkin. In another sense, he also “divides” himself through two characters, Onegin and the poet Lensky. Still, the influence in using a Byronic hero stands out in Pushkin’s work. Not to mention he specifically mentions Childe Harold several times throughout the work.

Eugene Onegin seems to follow closer to Byron’s Don Juan (at least to me). Don Juan goes beyond the romanticism of Byron’s earlier work, adding much satire and irony. Pushkin denied that Eugene Onegin had anything in common with Don Juan, even though the mock heroics of both feel similar at times. Since both are a combination of several types of literature and show similar influences, they should feel comparable at times. Not to mention that Pushkin mentioned he had started a work “in the genre of Don Juan. It is interesting to note that Child Harolde is mentioned many times throughout Onegin while Don Juan has only one reference. But that mention is important. It occurs when Tatyana explores Onegin’s library after the duel, reading books (including Don Juan and other works by Byron) that Onegin would not share with her, causing her to understand “the creature / for whom her passion has been planned”. To drive home the point, it doesn’t hurt that Byron’s portrait is on the wall of the library, too. On top of the direct addresses to Byron’s works, Pushkin also indirectly addresses or alludes to them many times throughout the novel.

Which is not to say Pushkin focuses solely on Byron or was only influenced by him. Literary references and allusions are everywhere throughout the work, starting with the opening lines (an ironic reference to a fable). Having recently read Tristram Shandy, it is easy to see shades of Sterne, from the digressions (also similar to Byron and other works), to empty chapters (for various reasons), and placing the introduction at the end of the seventh chapter. Playfulness can take many forms, but Sterne’s tone and style seem apparent throughout the novel. With all of these references and allusions, Pushkin assumes a high level of literary knowledge in his readership.

I’ll mercifully end this post now. So much for being short…

Hi Chrees! I am quite busy in other things or maybe I am just a little bit inept, but I'd like my blog to occupy the whole screen like yours and not look like mine that it's too narrow. What do I have to do to make it look like that. Excuse my ignorance and use of this literary space to ask you a technical question. I just don't feel right now like taking a tutorial en HTML. If you could help me with that simple short question I'd be very thankful.
Greetings

No problem with the question, and wish I could help you more... I just played around trying the different basic templates that Blogger provides until I found one I liked. There might be other templates available at other sites that can be used as well. Wish I could tell you a more direct way to change it until you fix it the way you would like it to look.

If anyone else knows of other solutions or things to try, please leave a note here or at Jorge's site.