A Portrait of the Artist as a Young Man discussion: Chapter 1 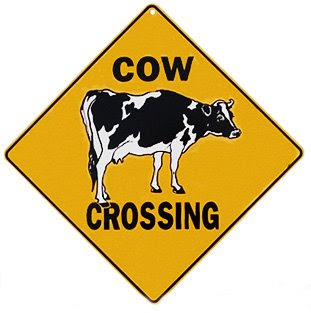 Once upon a time and a very good time it was there was a moocow coming down along the road...

My comments on Joyce’s work will obviously pale in comparison to the library shelves groaning with books and dissertations analyzing everything down to the punctuation, but writing a post on what I have read is always helpful in organizing my thoughts about a book. This is the first time I’ve read Portrait and I’m sure future re-readings will uncover something new on every visit.

The immediate impression of reading baby Stephen’s consciousness is how superficial everything he relays, whether he is correct or not. Descriptions rarely go beyond sensory descriptions. Also striking is how adrift Stephen feels, how much he relies on the mercy of the adult world. As adults we instinctively know this, but putting ourselves in a toddler’s or child’s position can be a stark reminder. Likewise, descriptions tend to be simplistic and at extremes, such as focusing on hot or cold, wet or dry, and light or dark.

The first page introduces many of the highlights of the chapter: family, identity, art, politics, and religion. Stephen’s early memories include his parents and extended family as well as storytelling and music. Stephen identifies himself as the baby tuckoo in the story his father tells him. Later on his sense of identity is a result of his classmates’ interaction with him. Even though he doesn’t understand why his family gets upset about his declaration of wanting to marry his next-door-neighbor, it is easy to intuit that religion is the key.

I found it interesting that Stephen displays such alienation early on. He never quite feels like he fits in with the boys at school, whether hanging on the edge of their games or the butt of their jokes. The only time he is accepted is when he informs the rector of Father Dolan’s unfair punishment (although there is some minor acceptance just from the result of the punishment). Much of what goes on around Stephen is a mystery to him. That ignorance is shared by the other boys even though they are loathe to admit it. His conflation of historical events from his lessons with his own life makes for sad amusement at his naiveté. That he feels lowly is reflected several times in different hierarchies he runs through, with Stephen at the bottom of each one.

I enjoyed the lyrical style of writing and the deceptively simple (but rich) language, with several passages repeated in addition to the focus on words with onomatopoeic tendencies (suck, kiss, the sounds made by the cricket bat). Religion and politics underlie much of Stephen’s world even though he doesn’t understand it yet. Even something as simple as a class exercise has teams using emblems from the War of the Roses. Showing Stephen’s experiences through his young eyes and mind is dropped once, during the Christmas dinner at home. The argument between the adults about country versus religion sails over Stephen’s head, yet is recorded precisely. What he can be sensitive to and perceive is the reactions of the adults and especially his father sobbing for the loss of Charles Stewart Parnell.