A Portrait of the Artist as a Young Man discussion: Chapter 2 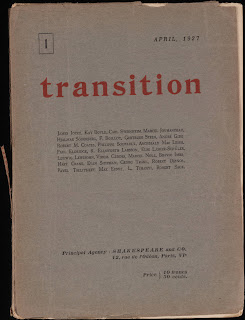 This chapter reflects much change in and around Stephen, with much of the change for the worst. Many of the things around Stephen show decline: Uncle Charles becomes senile or Stephen’s family encounters financial troubles, for example. Even something simple, like the description of coach Mike Flynn as a long way from being a famous athlete, highlights the constant depiction of things or people fading away. Yet a few good things happen as well, including Stephen winning a literary prize. While all of this is going on outside, his inner development is quite a jumble of feelings. Stephen constantly dreams of ideals but is disappointed when real life falls short of his idyllic musings. His feelings of alienation or distance from people and things around him become more pronounced. He has trouble identifying or relating to his family (especially his father), with his classmates, and to the opposite sex. His wandering around the countryside and through Dublin are a sort of physical manifestation of this alienation and inner unrest: to borrow a phrase, it is as if he is in the world but not of it. I found Stephen’s lack of sympathy for his father’s disconnection from reality (and the present) interesting since his own distance from things around him grows wider. While some of it is his detachment, most of it reflects his self-centeredness.

Stephen’s self-identity makes some strides forward, especially in the “I am Stephen Dedalus” passage, which can be seen as a response to his father’s crumbling identity. While musing before the play, Stephen reflects on all the different voices urging him in particular directions and his resistance to them. His connection to art, particularly literature, allows him to live vicariously—initially through the stories of his elders and then through novels. He imagines that he would be transfigured, especially through love or sex, with “weakness and timidity and inexperience” falling from him “in that magic moment.” Yet he is unable to hold or kiss a girl when the chance presents itself. He lives much more actively through his writing while quietly observing what goes on around him. Exerting himself, as mentioned when he and Heron acted on behalf of their classmates, almost appears to be the exception.

The last section of Chapter 2 highlights worldly things, money and sex, and the pleasure (or lack thereof) they bring. While any “coming of age” story is going to have common threads, this section reminded me of parts in Sons and Lovers. Winning a literary prize obviously parallels Paul’s art awards, but some of the language used to describe Stephen’s lust does as well: “His blood was in revolt.” His hesitancy surfaces again in his first encounter with a prostitute, but the “dark presence” of his desire leads him to surrender to the “dark pressure” of her lips. Both money and sex provided thrills and an escape from ordinary life, but the money did not purchase an improvement at home. It is easy to guess that lust and sex probably will not provide harmony either.
Posted by Dwight at 12:33 PM