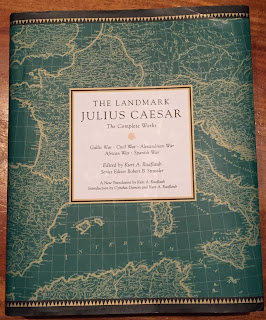 I posted about this earlier this year, but I'm excited to say that The Landmark Julius Caesar: The Complete Works is now available and it is beautiful. While Robert Stassler is still the series editor, Kurt A. Raaflaub did the translation and editing. If you're not familiar with the series, it presents classical historical works with additional notes, maps, and essays that make the texts more accessible to the lay reader. The previous Landmark series include Herodotus, Thucydides, Arrian, and Xenophon. I've commented on the first three (and need to correct the omission of Xenophon's Hellenika).

Included in this release are Caesar's Gallic War and Civil War, as well as four additional works by contemporaries that fill in some gaps. The maps are superb as usual, with possibly more than previous releases supplementing the text. Because additional contemporary sources are available on Caesar's exploits, even more notes to the text are available than previous books in the series. One major difference from previous releases is that most of the informative essays are supposed to be available online (although I've tried to access it without success...I'll update about the essays as I find out more).

If you've ever thought about tackling some of the ancient historians but felt overwhelmed at where to start, The Landmark Ancient Histories are an ideal place to begin. 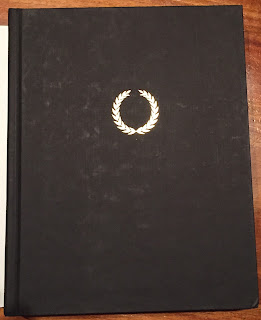 The choice to put the appendices online is bizarre. Are those essays going to be there in 20 years? In 50 years? How much could it possibly cost to print another hundred pages, it's already a pricey book anyway.

I've got mixed feelings about the move. I like that they're available to everyone, but I think the self-imposed limit on pages wasn't necessary. Even worse, the website isn't working, so they're not available at all. Hopefully they'll get it up and running very soon.

The site works fine for me: http://thelandmarkcaesar.com/TheLandmarkCaesar_WebEssays.pdf

Even better, the essays are now available at the site stated in the book: http://thelandmarkcaesar.com/

Thanks for letting me know the status!