Since I love seeing books used in shows and movies, I thought I'd share a few screenshots from 1957's movie The Enemy Below. The story follows a cat-and-mouse game between an American destroyer and a German U-Boat during World War II (and is currently available on Netflix). The following screenshots take place about an hour into the movie. The U-Boat is resting on the ocean floor, at 1,000 feet depth, while the destroyer is directly over it. Both vessels are trying to remain completely silent. The camera pans through the American destroyer first and we see one of the sailors engaged in some serious reading. 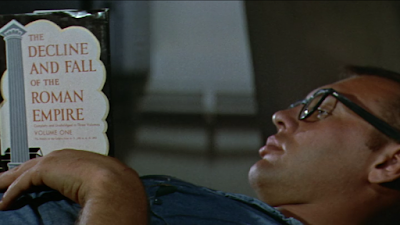 The camera keeps moving and we another sailor enjoying something a little less weighty. 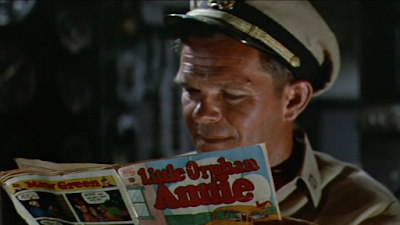 The references keep coming...meanwhile on the deck of the destroyer, an officer is quoting from The Rime of the Ancient Mariner ("a painted ship / Upon a painted ocean"). It's not quite as painful on the screen as it is in print here.

A minute later the focus is on the sailors in the U-boat. First up we see a sailor enjoying some lighter fare. 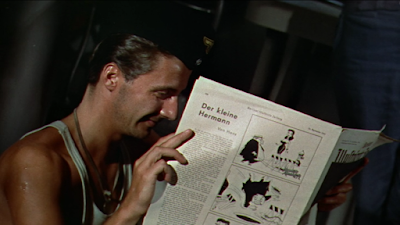 As the camera continues, we see the German equivalent of the more serious book...easy to guess what it will be... 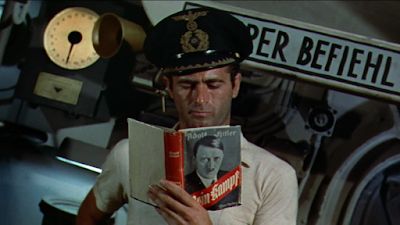 Email ThisBlogThis!Share to TwitterShare to FacebookShare to Pinterest
Labels: Books IN movies