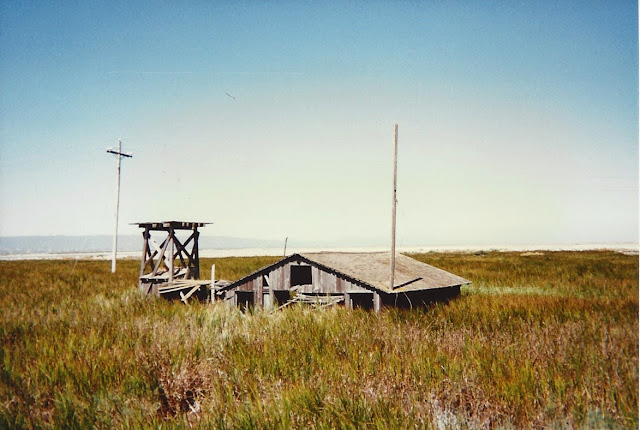 Photo by Dwight Green
In my previous post mentioning Saltscapes: The Kite Aerial Photography of Cris Benton , I posted one of Benton's pictures of Drawbridge, California. I toured the ghost town, located in San Francisco Bay, in 1997. I thought a post on the history of Drawbridge might interest some of this blog's readers. The scans of a few pictures I took aren't great, but they give an idea of the surreal nature of visiting a ghost town located in the San Francisco Bay. For better pictures, click on some of the links below, especially Shawn Clover's page. 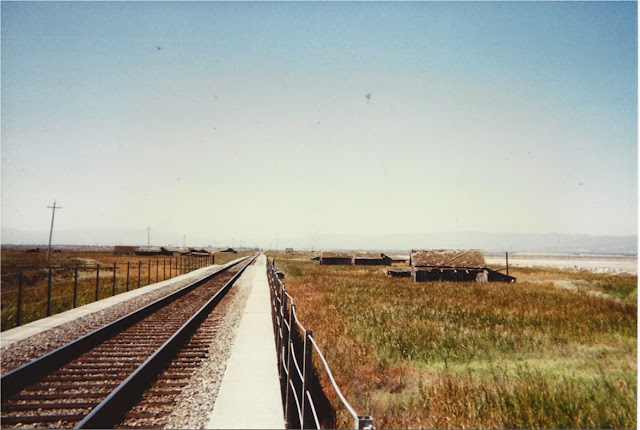 Photo by Dwight Green
Drawbridge had an inauspicious beginning. In 1876, the South Pacific Coast Railroad worked on completing a railway between Alameda and Santa Cruz. San Francisco area residents could now travel to Santa Cruz in only a few hours at a fraction of the cost of a two-day stagecoach ride. One island posed a problem for the rail line: the sloughs on the north and south ends of the island had to remain open for shipping. Drawbridges were placed at each end of the island that could be opened for passing boat traffic and a cabin erected for the bridge tender to live. Station Island had its first resident. 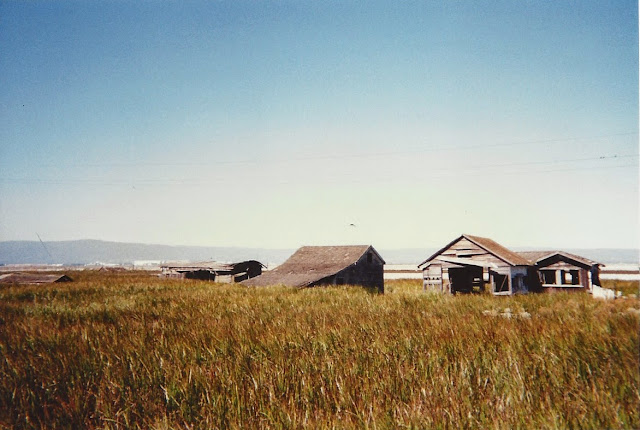 Photo by Dwight Green
In an ironic move in 1887, the South Pacific Coast Railroad, started as an alternative to the powerful Southern Pacific Railroad, was sold to the larger group. The island became an official stop with the name of Drawbridge. Before the advent of nearby salt ponds and the expansion of nearby cities, the southern end of the San Francisco Bay teemed with wildlife. Hunters began stopping at Drawbridge and eventually erected cabins and gun clubs. Soon permanent residences were built on either side of "Main Street," the railroad line running down the middle of the island. 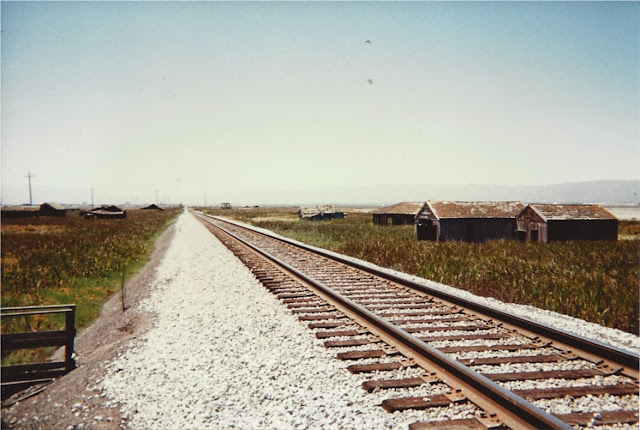 Photo by Dwight Green
The Prohibition era also helped make Drawbridge a popular destination. Located on the Alameda and Santa Clara County lines and not easily accessible, the island was usually left to itself by law enforcement officials. A hotel was built. In 1926 there were five passenger trains passing through the little island with 90 structures. 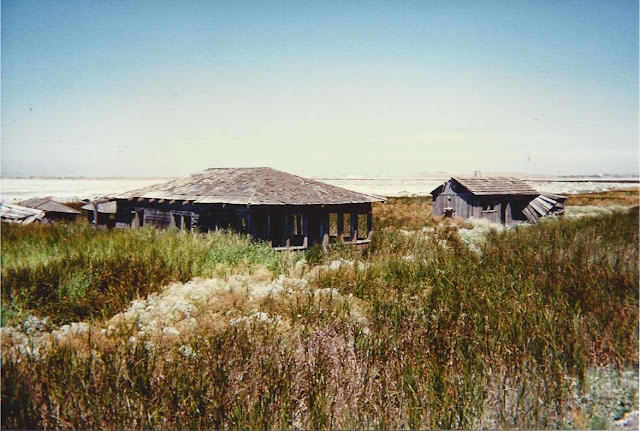 Photo by Dwight Green
Expansion of nearby salt evaporation ponds, the pumping of fresh water from the underlying water table (for both the island and nearby growing cities), and the dumping of sewage into the bay changed the environment dramatically. Wildlife departed. Cabins began sinking. People abandoned the island. The last resident left in 1979 and the remaining structures slowly sink into the pickleweed and cordgrass. There used to be guided tours of the island, but they were discontinued in 2000. I can't express the eerie feeling of touring the island and its sinking structures framed by the bay. The U.S. National Wildlife Refuge governing the island decided to let the structures deteriorate as part of its wetland reclamation program. 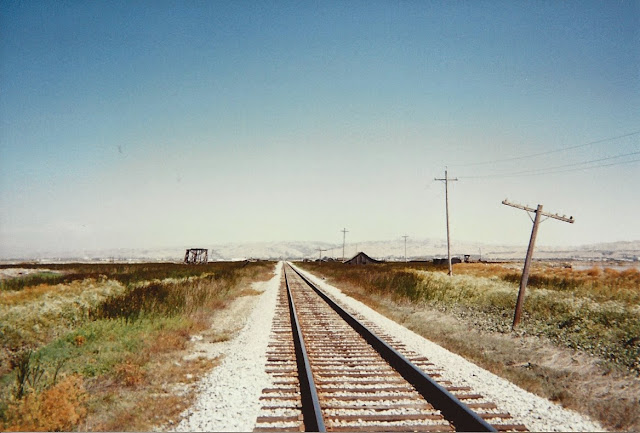 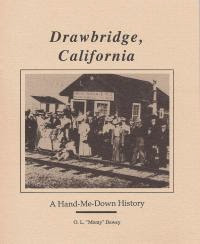 Are the tracks still in use?

Yes, several trains still pass through (according to a few sites I see a commuter train and a couple of Amtrak trains) but there are no stops.