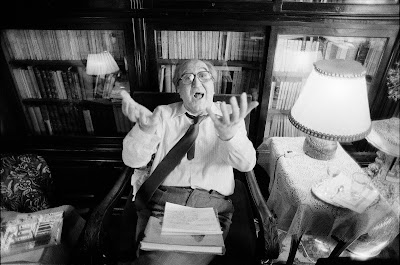 In my previous post on a collection of Szentkuthy links, I mentioned the Hyperion issue, devoted to Szentkuthy (pdf version is here). Three articles have “mask” in the title (and other articles mention the word, too):

So why the emphasis on masks? Nagy’s article gives the best overview of Szentkuthy’s life and output, and he notes that the author’s name itself

is already a “mask,” a metaphorical incognito and a personal statement, the composition of Szent, “holy” (sacred, saint), and of kút, “fountain” (source of water, well), with archaic Hungarian orthography (“th” at the end instead of a simple “t”) and with a reference to noble origins (the “y” instead of a common “i”).
(page 16)

More importantly, Nagy notes, is that

many years later Szentkuthy characterized his literary output of the difficult post-war years as a “self-portrait in masks” and a paradoxical way of expressing the unchangeable features of the personality in the process of permanent metamorphoses. Though the definition refers to novels written in a different tone from his early masterpiece, the created identities clearly reflect his outlook.
(page 26)

The caveat is important because if the following is the quote that Nagy is relying on, it applies only to some of Szentkuthy’s post-war (World War II) output:

In essence, the work involved in my books on Mozart, Haydn, Handel, Dürer and Luther was purely theatrical; they were my characters, combining my most subjective intellectual sympathies with the most objective historical reality. To confess yet another pipe dream, it is as if, by a miracle, they should one day all be published together as an omnibus edition, I would entitle it ‘Self-Portrait in Masks’ (that is a thought I have been carrying for several decades).
(From Miklós Szentkuthy, Prae: Recollections of My Career, §33)

The article by Pintér focuses on one of these works (and he is more straightforward on the focus of the quote), the book on Mozart, and he relies on that quote to some extent but he broadens the view of what these novels are and what they are not. Starting with what they are not—they are not musicological treatises, although sometimes they are filed (in Hungary) under the music section. They are not standard biographies, although sometimes they are filed there as well. They aren’t biographical novels, although that classification is more correct since it places them under fiction. Biographical novels, though, usually blend more than fact and fiction, with the intention of entertaining the reader through an expression of the romantic self. Szentkuthy brings in the whole of European cultural history in order to

create a fantasy that is paradoxically more real than the documented life itself. This paradox was one of the most important parts of his ars poetica. Life, biography, even history itself is yet not real in its simple gathering of detailed events and facts. On the contrary: these elements totally transform all of the “original” events and facts. For Szentkuthy, ever historical element was a mask that concealed the greater truth of existence. The so-called precise biography is only a surface, a collection of historical facts. The real existence of a human being and history itself is beyond the facts: the reality is a Grand Guignol.
(page 190) 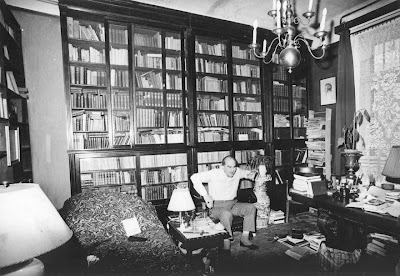 In this particular case, Szentkuthy uses real occurrences in Mozart’s life to provide the framework for the author to hang his views “on human existence, the place of the artist in society, and history itself.” (page 190). Pintér lays out how Szentkuthy made this work (and it sounds like a fascinating novel), but the point I wanted to highlight is how much this functions like The Great Gatsby does, with a narrator that immediately disappears into variations of the narration (to which Amateur Reader at Wuthering Expectations has recently highlighted). Mozart becomes a set-piece that sees and relays the truths behind the surface that Szentkuthy wants us to experience.

Bálint’s article focuses on an early work, Narcissus’ Mirror, written in his early twenties, around the same time as Prae but never finished. The fragments have only recently been published. In this early work Bálint describes an approach that matches the books by Szentkuthy I've read so far.

[I]nstead of the classical novel form it will create a breviarium type of work in which each chapter and each story and their masked protagonists as well as mythical references and philosophical commentaries supplement, tinge, strengthen or question each other.
(page 196)

In other words this format and approach was part of Szentkuthy’s early style, seen in more polished form in his ten-volume St. Orpheus’ Breviary, which itself was suspended by the war and post-war political problems, and in the musical biography novels. Bálint highlights some of Szentkuthy’s view of the world which includes an agreement with “the old wisdom that chaos is a natural state in existence, while on the contrary, order is unnatural, requiring constantly conscious and serious efforts by its creator.” (page 200).

So back to Nagy’s essay, looking at the whole of Szentkuthy’s work. Nagy notes that Szentkuthy translated James Joyce’s Ulysses into Hungarian. I’m not sure who I’ve seen note this (and I would love to give proper attribution), but a list of the translators of Ulysses provides a formidable list of authors. Although often compared with Joyce’s work, I don’t see the similarity except for the dense layering of ideas and dialogue as well as art, culture, and history providing the basis for his novels. Wearing the “mask” of the recreated identity allows Szentkuthy an ability to speak from his (then-)modern world on greater themes raised by earlier figures. These masks go beyond just the names but also include the personal (especially moral) world.

Nagy talks about Szentkuthy’s diary, placed in the trust of the Petőfi Irodalmi Múzeum (PIM) in Budapest in 1987 with some sections to be released this year and remaining sections later. (Estimates are that in total it is over 100,000 pages.) Nagy seems to think the diary has a “frankness and uncontrolled sincerity,” so maybe he has seen parts of it. I’m a little leery without having read any of it. This is an author whose works used masks and episodes (looking similar to diary entries) in his fiction—should I expect his diary to be free of pretense or masquerade? This is an author that thrived on dualities (or as Nagy puts it, polar opposites), such as the holy versus the erotic. Maybe this schismatic approach means his diary provides truthful information instead of just another mask. I may be overreacting and part of it has to do with reading a large section of Gombrowicz's Diary,realizing he shaped large parts of it to portray a particular character.

A few closing notes on Nagy’s essay… . I liked how he put Szentkuthy’s achievement in context of what he lived through and what he survived.

Szentkuthy’s magnificent oeuvre is a perfect example of a genius living through the most difficult and often highly tormenting historical times of the 20th century yet remaining untouched by the different totalitarianisms, by wars, and by revolutions; and it is his oeuvre that emphasizes the importance of ideas, values, and achievements that are far beyond everyday crises and conflicts, whether they be social, political, or economic.
(page 16)

Nagy spends time looking at Szentkuthy’s focus and reliance on Hungarian collective identity in his first major work, Prae, as well as how he uses the Hungarian language throughout his books. Which leads to the biggest question I have regarding my reading of Szentkuthy—can his work be translated to other languages successfully?

The [Hungarian] language is ethnically isolated, not Indo-European in its origin, hard to translate faithfully to any other language, however extremely fit for artistic use. All these difficulties become nearly “visible” in Szentkuthy’s texts, for in his oeuvre language includes everything, even if narration, metaphors, description, reflection and all possible (and translatable) poetic and rhetorical categories are substantial in his novels, yet the real medium is Szentkuthy’s language, used and paraphrased in an poetically original way, which is deeply rooted in his knowledge and in his experience of the philosophy of language, while applied with a very personal and playful emphasis of artistic communication.
(page 17)

From what I’ve read so far (and it's only two of his books), I may be getting only a fraction of what Szentkuthy intended. If that's the case, it makes what he achieved even more dazzling. 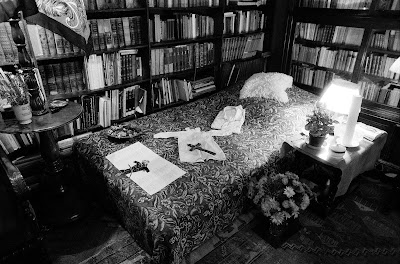