Chevengur by Andrei Platonov: “Down with earthly toiling for the poor / The soil will nourish us for free!”

When we last left Alexander “Sasha” Dvanova, he was wandering the countryside at the request of the provincial executive committee president looking for spontaneous outbreaks of socialism in the countryside. Sasha is shot by anarchists but rescued by Stepan Efimovich Kopenkin, commander of the Bolsheviks in the field in the area. It’s difficult to keep a straight face when reading about Kopenkin. He named his horse Proletarian Strength and pines away for the dead Rosa Luxemburg. Kopenkin wanders the area, threatening and enforcing a socialist outlook, although he's not quite sure exactly what that is. Sasha and Kopenkin respect each other and bond in order to help build Socialism in the countryside. Their wanderings feel like something out of Gogol’s Dead Souls.

When they arrive at the village of Khansky Dvorik, the leader of the town has changed his name to Fyodor Dostoevsky to “encourage the self-perfection of the citizenry.” (94) A few follow suit, changing their names to Christopher Columbus and Franz Merring. Sasha and Kopenkin provide more than their fair share of absurdity to the countryside. At a stop in a forest in the Bittermanovsky tract, Kopenkin orders the warden to clear the entire grove and plant rye instead, believing rye to be more useful than trees. His basis, though, comes from the value of the crop as compared to hardwood, not what is actually needed.

The next stop for the two is at the commune “Friendship of the Poor Man.” Kopenkin quizzes the president of the commune and seizes on his comment that a commune “is a mighty business,” “a complication of life,” believing it to mean that the purpose of the commune was to complicate life. Kopenkin believes he can help complicate their life by thinking “up something unclear for them,” which has the benefit of repulsing kulaks by making things difficult. At the next daily assembly Kopenkin proposes some complications, which are put to a vote. (ellipsis in original unless noted)

Everyone raised their hands at once, straight up, thus showing their good habits. “Now this just won’t do!” Kopenkin announced loudly.

“What’s wrong?” the president [of the commune] grew alarmed.

Kopenkin waved an irritated hand at the meeting.

“At least have one of the girls always vote against…”

“What’s the matter, are you all queer in the head? For complication, that’s why…”

“Got it! Right you are!” the president rejoiced, when moved that the assembly designate directress of rye and fowl Malanya Otvershkova as the permanent nay-sayer.

“Unanimously, then, with one against?” the president said. The business, however, turned out even more complexly. Malanya Otvershkova of course voted nay, but in addition to her the director of soil enrichment, a redheaded member of the commune with a monotonous, common face, abstained. “What’s your story?” the president asked, perplexed.

“I abstain for the further complication!” he answered, having invented the idea himself. So, following the motion of the president, he was appointed the permanent abstainer. (106-7)

They obviously got the hang of things rather quickly. But the weirdness doesn’t stop. Sasha and Kopenkin’s next stop is at an old estate with a sign reading “The World-Wide Communism Memorial Revolutionary National Park of Comrade Pashintsev.” Pashintsev turns out to be dressed like a knight, wearing armor, chain mail, helmet, and metal boots. He sings the praises of his commune where people don’t have to do anything, living off the estate’s store of goods. No plans are made, of course, for when things run out. Pashintsev's poem sums up the plans for the National Park:

The bourgeois’s gone, so there’ll be work.
Again the muzhik bears the load.
Believe, oh peasant toiling there,
That in the fields the lilies live far better!
So leave your plowing, sowing, reaping—
Let the field seed itself!
You go live and make your merry
For you won’t be round again!
Oh holy commune, all grab hands
And thundering shout to all:
Enough of being poor and sad
It’s time we all put on some fat!
Down with earthly toiling for the poor
The soil will nourish us for free! (116)

We’ll see a similar outlook once we reach Chevengur. But first there’s the town of Chernovka, where Soviet authority collapsed since the peasant elected president received no respect and couldn’t govern. Despite Chernovka’s pleas for help from neighboring towns, they were told to govern themselves. Since no one respects anyone else in the town, nothing happened. Meanwhile the tillable land stays barren.

I’ve mentioned the importance of water in the novel and wanted to close this post with an excerpt that symbolically reflects what Sasha is seeing as he travels through the countryside (ellipsis in original):

While the people argued and trampled flat the differences among themselves the age-old labor of nature continued. The river grew old, beating down its virginal stands of grass beneath the fatal liquids of the swamp, through which only the hard spiky reeds could poke their way. Now the dead tufts of the valley heard only the apathetic songs of the wind. At the end of the summer there was always an uneven battle there between the weakened current of the river and the alluvial sand washed from the gulches and gulleys, the minor flakes of which were cutting the river off forever from the distant sea.

“Over there, comrade Dvanov [Sasha], look over there to the left,” Kopenkin pointed at the blue of a flood meadow. “I used to come here with my father when I was still a little boy. It was an unforgettable place. You could smell good grass a mile away, and now there’s nothing here but rotting water…”

Out in the steppe Dvanov had rarely encountered such large mysterious lands as those he found in the valleys. Why when they die do the rivers stop their water and cover their grassy and protective shores with impassable much? Probably the entire land around the valley grows paler from the death of a river. (127-8) 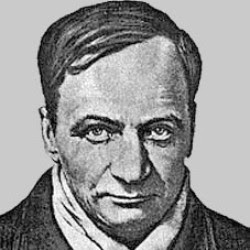 "It’s difficult to keep a straight face when reading about Kopenkin. He named his horse Proletarian Strength and pines away for the dead Rosa Luxemburg."

Ha ha ha! Ah man, this novel sounds like a blast. But damn it, I just checked Amazon and it's out of print...

It is. I would say it gets better...and it does...but it's not all laughs.

Robert Chandler was not in favor of Olcott's translation, and I believe there are only three "chapters" that Chandler translated in The Portable Platonov. In a 2005 interview (found here Chandler says he is working on a translation. I will GLADLY read this again if that comes out.

There's a good interview with Chandler here: "The ideal translator of Platonov would be bilingual and have an encyclopedic knowledge of Soviet life. He would be able to detect buried allusions not only to the classics of Russian and European literature, but also to speeches by Stalin, to articles by such varied figures as Bertrand Russell and Anatoly Lunacharsky (the first Bolshevik Commissar for Enlightenment), to copies of Pravda from the 1930s and to long-forgotten works of Soviet literature. He would be familiar with Soviet-speak, with the rituals and language of Russian Orthodoxy, with everyday details of Russian peasant life, with the terminology of mechanical and electrical engineering, and with the digging of wells and the operation of steam locomotives. This imaginary translator would also be a gifted and subtle punster. Most important of all, his ear for English speech patterns would be so fine that he could maintain the illusion of a speaking voice, or voices, even while the narrator or the individual characters are using extraordinary language or expressing extraordinary thoughts. Much has been written about Platonov’s creativity with language; not enough has been written about the subtlety with which—even in narrative—he reproduces the music of speech, its shifts of intonation and rhythm. If Platonov's command of tone and idiom were less than perfect, his infringements of linguistic norms would by now seem self-conscious and dated. In short, Platonov is a poet, and almost every line of his finest work poses problems for a translator. A perfect translation, like the original, would sound not only extraordinary and shocking, but also—in some indefinable way—right and natural."

While I'm at it, here's another interview with Chandler regarding Platonov. I have to read The Foundation Pit soon. Wait...I better finish Chevengur first (and by Saturday when I have to turn it back in!).