Instant movies for the weekend: The Sun Came Out and Pandora's Box

I haven't done this for a while, so I'll give it a shot since I haven't felt like writing about what I've read. I probably won't be reading or watching much this weekend since we're having a sleepover with a dozen kids. (Pray for us.)

The Sun Came Out: This 2010 documentary shows the recording of the charity album at the end of 2008 and subsequent performance. Organized and spearheaded by Neil Finn (formerly of Crowded House fame) the show builds on the 7 Worlds Collide project from a few years earlier. Even if you don't recognize the names, you may enjoy the music. Included are Neil Finn, Johnny Marr, Ed O'Brien, Phil Selway, Sebastian Steinberg, Lisa Germano, Liam Finn, Bic Runga, Don McGlashan, KT Tunstall, Jeff Tweedy, John Stirratt, Pat Sansone, Glenn Richards, and Tim Finn. While the project was for charity, very little information on Oxfam is provided until the closing credits, which may or may not be for the best. The focus is more on the writing of the songs and the collaboration of the musicians.

If you have Hulu Plus, you can stream Pandora's Box, the 1929 silent classic starring Louise Brooks as Lulu, "a seductive, thoughtless young woman whose raw sexuality and uninhibited nature bring ruin to herself and those who love her" (from Wikipedia). To paraphrase Damn Yankees, whatever Lulu wants, Lulu gets. At least for while. The movie comes dangerously close to being a farce at times, where you laugh at the story instead of with it. Brooks saves it and puts in a fascinating performance. Highly recommended. 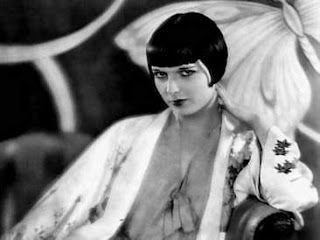