Bumped to highlight the recent posts in the centennial series...

I wanted to mention a series starting at mental_floss that will look at the upcoming centennial of the start of World War I:


The First World War was an unprecedented catastrophe that killed millions and set the continent of Europe on the path to further calamity two decades later. But it didn’t come out of nowhere. With the centennial of the outbreak of hostilities coming up in 2014, mental_floss will be taking a look back at the lead-up to the war, when seemingly minor moments of friction accumulated until the situation was ready to explode.


Posts to date in the series:
All links

More centennials on The Great War:
In Flanders Fields: by Flanders House (promoting Flemish cultural activities in the US, and educational and scientific exchange). Note: their new tab with more information on events and news.

I take a quick look through the books I’ve written about over the past two years and there are quite a few where World War I was a central component of the book: Parade’s End, The Good Soldier Švejk, The Radetzky March, The Road to the Open, Debits and Credits, and The Guns of August come to mind immediately. Not to mention others where the war, whether through its impact or in foreshadowing, has a major role.

While you could start at any point in the lead-up to World War I, I’m glad they are at least starting now. Today’s opening post is on the Treaty of Berlin signed on November 4, 1911. I may add future centennial posts here as updates and will add any other sites that focus on events leading to the centennial of the war’s outbreak.

Also in process, leading to the centenary: Europeana Collections 1914-1918 will create by 2014 - the centenary of the outbreak of the First World War - a substantial digital collection of material from national library collections of ten libraries and other partners in eight countries that found themselves on different sides of the historic conflict.

I have many bookmarks on World War I but I have not congregated them in one place. I think I'll use this post to do just that. As always, if you have a link you'd like to see added to this list, history or literature related, let me know in the comments. This will be a work in process...

Links to World War I material:

Diary of EW Manifold
The war diary of blogger zmkc's grandfather, who served with the British Army in World War One.

A sampling of British poetry from the war. For a more detail and examples, see the University of Oxford's The First World War Poetry Digital Archive.
Open Culture has a post of British actors reading poetry from World War I, with links to the poems.

Stephen Pentz has many posts about World War I at his blog First Known When Lost.

Wikipedia's entry on World War I literature has many links to the works listed (as well as having a separate entry on popular culture, including art).

Rats, Gas & Shell-shock was a class blog for students of "English 342 - British Literature to 1945" and focuses on World War I literature at Simon Fraser University (from spring/summer 2006). Description is taken from the heading--see the opening post for a different course number and more detail on the class.

Trench Literature – Reading in World War I is an article at abebooks.com written by Richard Davies, Udo Goellmann & Sara Melendre.

Yale University's World War I - Documenting the First Total War of the 20th Century has plenty of topics and links to explore.

Tim Kendall's blog War Poetry isn't limited to World War I but it is well represented, plus there are plenty of helpful war poetry links.

For more offbeat items on World War I, be sure to check out the war's entries in Beachcombing's Bizarre History Blog. My favorite entry looks at War in Dollyland (A Book and a Game), by Harry Golding and illustrated from photographs by Albert Friend.

World War I posters from around the world, courtesy of the Elisabeth Ball Collection at Ball State University

Earlier poems from Siegfried Sassoon have been unearthed, showing a different side to one of the more famous war poets. Another article on the same subject.

Eldritch Press has a section in their free online books titled Great writings of The Great War.

Horrible Histories by the BBC has a few videoes on World War I. 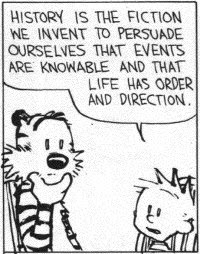 I think one can almost make a case that the seeds for war were planted at the Congress of Vienna in 1814; interestingly enough, one-hundred years before the beginning of World War I. A truly fascinating book about the Vienna congress is David King's Vienna 1814: How the Conquerors of Napoleon Made War, Peace, and Love at the Congress of Vienna (2008). I look forward to following your posts/links on the WWI centennial. Have a great weekend. Cheers! Chris

Yes, any starting point is going to be somewhat arbitrary because the seeds had been planted long before 1911. I’m still glad they are doing this, though, and look forward to more articles.

Thanks for the book recommendation!

I believe that the catastrophe should be able to find a lot more on the Internet because some people do projects on it and it is hard t, find information on its hen there isn't any information to look at on the Internet anyways. So if you guys that know stuff about this maybe you could put some info out so some people who want to learn about it can. and some of those people kwho would liken learn about this kind of stuff well I guess you could put my name on that list. Because my friend picked this topic for us to do our project on and cities hard to find inf on it because when you search it up all you get is airplanes and it is. Difficult to find xinf on this stuff. So if you have info please put it n the telnet ski that other people can use that information for projects or to just read.!:)