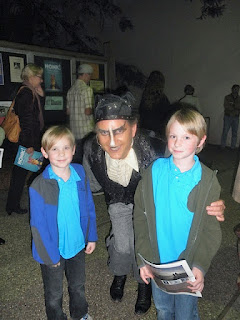 This is for anyone in or visiting the San Francisco bay area the next couple of weeks...

Our oldest son (9 years old later this week) highly recommends the presentation of Honk! (a musical adaptation of the ugly duckling tale) by Shakespeare Santa Cruz, which was the first play both have attended. They each enjoyed the play but they also focused on the mechanics of the play, such as the elevator by which some characters appeared or why there were monitors facing the stage showing the musical conductor. 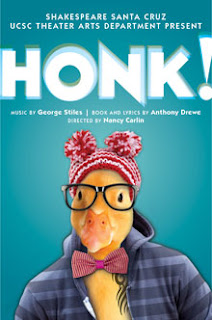 A huge hit with both of them was the opportunity to meet the cast after the play was over, although the oldest seemed a little tongue-tied in front of the lead female swan (Penny). The attached are a few of the pictures from that meet & greet opportunity. 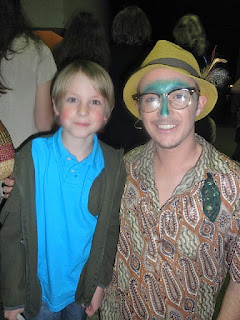 Email ThisBlogThis!Share to TwitterShare to FacebookShare to Pinterest
Labels: Plays