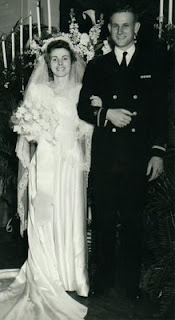 Your cause of sorrow
Must not be measured by his worth, for then
It hath no end.

Things that could not be known on that wedding day:

I doubt my mom will see this, which leads me to be a little more open with this posting. Today marks the first anniversary in 64 years that she will not have her husband by her side. I know the sense of loss I feel pales in comparison to what she is experiencing.

Even though I've said it time and again, I appreciate all that was done for me. I valued it before I had kids...and now that I have two boys, I appreciate everything even more... 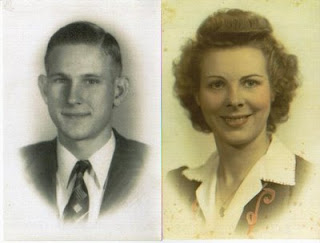