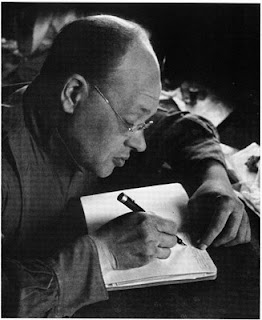 My posts on Isaac Babel, and all the quotes in them, come from The Complete Works of Isaac Babel

, edited by Nathalie Babel and translated by Peter Constantine. This review of the translation is far from glowing, noting "other translations give you a much better sense of his [Babel's] abilities." But I liked the completeness of this book and enjoyed skimming through Babel's 1920 Diary when reading The Red Calvary Stories, for example. I was hoping to find a copy of the 1926 movie Benya Krik and compare it to the screenplay, the play Sunset, and The Odessa Stories, which are presented together in this book. Unfortunately the only option I found was beyond my means (although you can see parts of the film at this link--see the Video section at the bottom of the page). I still hold out hope of being able to do this and will update the links here accordingly.

The more I found out about Babel the more ambiguity I found in his writing. The irony in his works is compounded by the irony in his life. Helping usher in one of the 20th century’s greatest monstrosities, Babel ultimately fell victim to it. After making enemies with those who rose to power, his self-imposed silence could only help him temporarily. The links for my posts on Babel's stories:

The Red Calvary Stories
The Odessa Stories
Other short stories 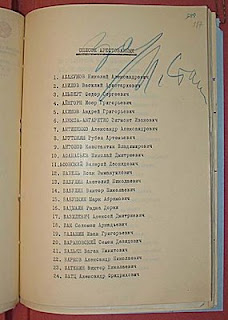