The Proving Grounds: Charley Crockett and the Story of Deep Ellum is a fun article that covers Crockett's career as well as the long history of Dallas' Deep Ellum story. It also caught my eye since I wanted to see if it covered the time I spent there in the mid/late 1980s. I was happy to see that it did. One of my first visits to the Theatre Gallery was to see the Del Fuegos. Just before their set started four or five extremely tall guys walk in, and it takes me a few moments to realize they're Dallas Mavericks' players. You never knew who was going to be in the audience with you at any of these places.

Theatre Gallery was a refuge for musically inclined misfits as much as it was a concert venue. Everything about its early days was DIY and, in all likelihood, very illegal. “We just gave away free beer,” Liles said. “You paid $5 and got beer all night. There were no licenses. ... Soon, [Russell] Hobbs opened up the Prophet Bar and Club Clearview in 1985, Club Dada in 1986. ... In the mid-80s, Deep Ellum was a scene with no rules and no definition of cool.

Even though I didn't move from Dallas until 1992, my days in Deep Ellum (and similar venues) slowed down and eventually ended around 1990 when I was working on my masters' degree and decided to take the CPA and CMA exams. It's a fun article and covers much more than the slice I relayed. Check it out!

The first time Ken Bethea, guitarist for the Old 97’s, went to Deep Ellum was in the fall of 1987. He’d just graduated from the University of Texas. In Austin, he had been indoctrinated to believe that everything in Dallas was lame, but his favorite band, the Butthole Surfers, was playing at Club Clearview on Main Street, just off of Elm. “I thought, ‘I bet that’s in the Deep Ellum place they talk about. Elm? Ellum?”

He left the show with a black eye and a notion that there was something special about the area. “I went there on a Wednesday night and had the best time that I’d ever had in my life going somewhere solo,” Bethea said. 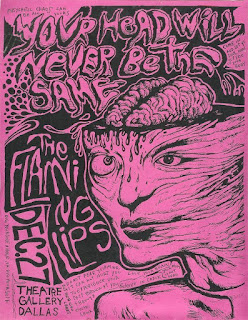