At the risk of re-linking what you may have already seen, I wanted to highlight what Dean Putney has been doing. His blog, the Walter Koessler project, represents much work in scanning, researching, and publishing a family heirloom: his great-grandfather's photo album. From Dean's first post:


It’s incredible for many reasons:

Dean is running a Kickstarter project to publish the photos in a high-quality book. While he's already reached his goal, the project is open for another few weeks and there are bonuses for contributions of certain levels.

I highly recommend spending some time looking and reading through Dean's blog...it's a fascinating glimpse back to the war and puts a human face on it. The photo below is Dean's great-granfather Walter Koessler. 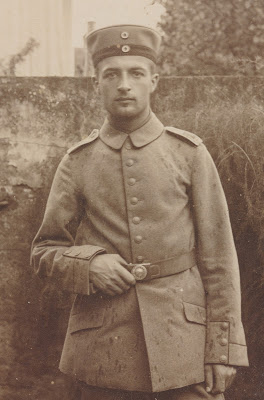 I took a quick look ay Dean's blog. Looks like some incredible pictures over there.

Thanks for the link!