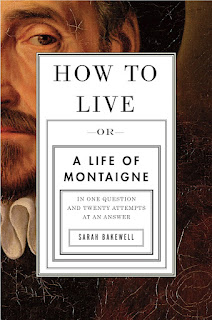 I occasionally mention the audiobooks I listen to during my commute and this will be another such post. I'm listening to Sarah Bakewell's How to Live, or A life of Montaigne in one question and twenty attempts at an answer at the moment and wanted to add to the generally positive remarks I've seen on the book. From Bakewell's website:

How to Live is an unorthodox biography of this fascinating and charming man. It relates the story of his life by way of the questions he posed and the answers he explored, tracing his bizarre upbringing (made to speak only Latin), his youthful career and sexual adventures, his travels, and his friendships with the scholar and poet Etienne de La Boétie and with his adopted "daughter", Marie de Gournay. At the same time, it is the story of his many readers, who, over the centuries, have found in Montaigne an inexhaustible source of possible answers to the question that concerned them as it does all of us - "How to live?"

If you have some interest in the book but not enough time to read it at the moment, check out Bakewell's series of posts at The Guardian on Montaigne and his Essays titled "Montaigne, philosopher of life." This series provides a good outline for many topics in the book:

Part one: How to live
What is it to be a human being? Why do I behave as I do? Montaigne did not flinch from these essential questions

Part two: Learning not to be afraid
Montaigne had a terrible fear of death – until his own near-death experience showed him there was no need to worry

Part three: Believer and doubter
Montaigne's scepticism was of a very different breed to ours. For him, reason and evidence were as suspect as anything else

Part four: Borrowing the cat's point of view
Most of his fellows judged what was merely habitual to be what was natural. Montaigne tried to wake himself from this dream

Part five: Humanity, cruelty and fellow-feeling
Although he is both relativistic and sceptical, Montaigne manages to be every inch a moralist

Part six: The moment is everything
Montaigne's fascination with the flow of experience seems modern: like our own relentless self-documentation

Part seven: What can we learn from Montaigne?
Montaigne wanted to find solutions that would enable everyone both to survive and to remain fully human

Bakewell also has an episode on BBC Radio 3 about Montaigne. There's another episode currently available by A. C. Grayling.

It's nice to learn Montaigne's history. Given his political life in Bordeaux I now know what to drink while reading the essays. And given his family name, I'll have to save a bottle to celebrate finishing his work. 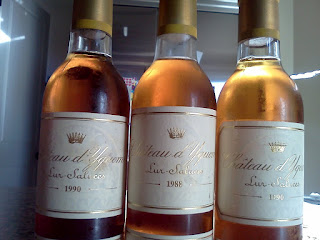 Glad the post was useful. The style in the articles is very similar to her book.