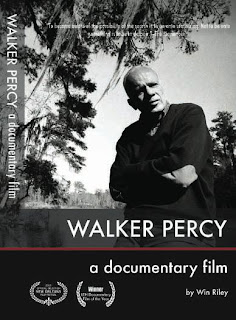 I had mentioned the Walker Percy documentary, directed by Win Riley, a while back. It is now available on DVD. Ordering information, as well as access to the entire site (with a preview), can be found here.

In a rare television interview in 1980, Walker Percy said his concerns as writer were with “a theory of man, man as more than organism, more than consumer––man the wayfarer, man the pilgrim, man in transit, on a journey.” This one-hour program, entitled Walker Percy: A Documentary Film, looks at Percy’s own journey, and is framed as a narrative about his life and ideas. 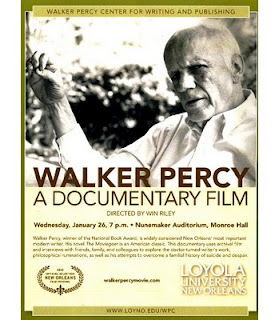