Petersburg: And she was sad 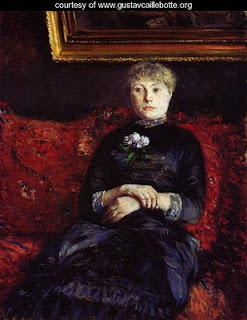 We had forgotten about her: but Anna Petrovna had returned and now she was waiting…but first:

—those twenty-four hours in our narration expanded and scattered throughout psychic spaces: as a hideous dream; and the closed off the vista all round; and the author’s vision became embroiled in psychic space; it was occluded.

And with it Anna Petrovna was lost to view.

Like somber, leaden clouds, leaden cerebral games dragged by in this closed vista, in a circle that we have drawn—with no way out, no way out, ad nauseam—in those twenty-four hours!...

And through these baneful events in their sombre flow the news of Anna Petrovna fluttered like the glow of a soft light—from somewhere. We lost ourselves in sad thoughts then—but only for a moment; and—forgot—but we ought to have remembered…that Anna Petrovna—had returned.

A day and a night, that is; a relative concept, a concept—consisting of a multitude of moments, where a moment—

—where a moment in our narration was like a full cup of events.

But Anna Petrovna’s arrival is a fact; indeed, a huge one; true, it contains no terrible import, as certain other facts we have noted do; and that is why we, the author, forgot about Anna Petrovna; >and, as tends to happen, in our wake, the heroes, of the novel forgot as well. All the same…

—Anna Petrovna had returned; she did not witness the events we have described; she had no knowledge or suspicion—of these events; only one occurrence was of concern to her: her own return; and it should have been of concern to the characters I have described; these characters ought immediately to have reacted to that occurrence; to have showered her with notes and letters, expressions of joy or anger; but no notes, no messengers to her were forthcoming: to this immense occurrence no attention was paid—either by Nikolai Apollonovich, or by Apollon Apollonovich.

I love this section of the return of Apollon’s wayward wife (and Nikolai’s mother) because it highlights many things Bely does throughout the book. The narrator constantly reminds you that all of this is happening through his “idle cerebral play”. His characters, “in our wake”, tend to engage in the same activities as the narrator. The narrator stays aloof at times, then inserts himself in the middle of the story. While omniscient and generous with details one page, the next he declares “what they said to one another over tea there in the hotel room remained forever an impenetrable secret to everyone”. Going on and on with scenes and story, he (almost) ends with an abrupt “Here we put a full-stop.”

This section stresses the dual nature of things that Bely has worked on throughout the book. Concepts can be relative, either defined and precise or a “psychic event”, usually both at the same time. Many of these “psychic events” Bely employs are fantastic and magical, surreal in nature when described on the page but no less real than the experience of the precise meaning.

I have often heard Petersburg described as happening in a twenty-four hour period, which this excerpt appears to reinforce. I would guess that the bulk of the book takes place during a thirty-six hour period, but the opening sets up the story ten days earlier and the abrupt ending and epilogue carry the story forward several months. Still, after rushing along through so much action the reminder that much of this has occurred in such a brief period of time provides a reminder of how compressed the story has been.

This will be my last post on Petersburg before a brief summary and round-up of the other posts on the book. I don’t want to reveal too much about what happens in the final chapter (which begins with the above excerpt). Suffice it to say there is a payoff to everything leading up to this point and, while not as flashy or involved as some scenes, I found it profoundly intense and powerful. As I need to say in the summary post, highly recommended.