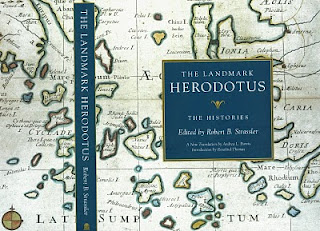 (I expect this post to be updated as I find more helpful links—there are more resources on the web for this work than I thought possible.)

For someone that loved books, my reading habits have always been very random and I realized I could not remember important details of works I read. Understanding that I read a book differently knowing I was going to write about it, I began keeping notes on what I read. Longer write-ups soon followed for two reasons: a) If I was going to read a work only once I wanted to get everything I could out of that one reading, and b) if I revisited a book I wanted to compare and contrast what I thought of it to my previous reading. That’s basically the background and direction I have been trying to take this blog—it's solely for me, but if anyone else finds it useful then so much the better.

A quirk about one reading habit that I’ve mentioned already is my tendency to associate a work with where I was when I read memorable parts. So that is the long lead-in to say The Histories represents a re-read for me. I first read it during the summer of 2004. The part of the book that stands out in my mind was finishing an entire section one afternoon in an eastern Sierra Mountains inn while my oldest boy (then about 9 months old) napped. It was an epic nap, probably due to crawling around and exploring new places. I did have a brief introduction to Herodotus during my junior year in high school. I took a library copy of The Histories to that year’s graduation so I would have something to read during the commencement address but nothing ‘stuck’ and I didn’t bother to read more after that night.

The version I read was Penguins Classics with translation by Aubery de Selincourt and I was surprised how much I enjoyed the book without any background knowledge. For this reading, I’m going with the Landmark Herodotus (translation by Andrea L. Purvis) that my wife gave me as a present. I hope there are many more works coming in the Landmark series. That being said, there have been issues raised about the translations, or so I’ve read, used in the first two volumes—my knowledge of Greek is limited to scanning my brother’s college textbook (photo at the bottom of this post). You would think translation issues would be a fatal flaw but the layout and additional content are wonderful and tailor-made for a geek like me.

I am surprised by how many online resources there are for Herodotus and The Histories but I’ll initially limit how much I include here. As I find helpful or interesting links I will add them to the list.


Herodotus on the Web might be the only link you need for help in reading The Histories. There are links to overviews, articles, images, Greek history, and so much more. Unfortunately some of the links are dead, but it is still a well done and impressive resource.

The Online Books Page provides a list of online texts of all or part of The Histories.

LibriVox has The Histories in downloadable audio format. The translation appears to be by A. D. Godley.

Wikipedia’s page for The Histories highlights the major storylines in each book, providing links to names, events, and places

Parallel English/Greek texts can be viewed side by side (using the G.C. Maculay translation) at Sacred Texts

Articles linked at History of the Ancient World about Herodotus

Update (29 Dec 2010): I just found this interview with Robert Strassler, editor of the Landmark series, shortly after The Landmark Herodotus was released.

Update (17 Feb 2011): Reviews and links for any of the Landmark Series books can be found here.

Update (9 Nov 2012): Robert B. Strassler again, this time on The Landmark Herodotus and The Landmark Xenophon at the New York Society Library on Wednesday, November 11, 2009:
The NYSL page
The YouTube video

Update (23 Feb 2013): see my post on the Herodotus Project, another source for the text, photos, and more links. 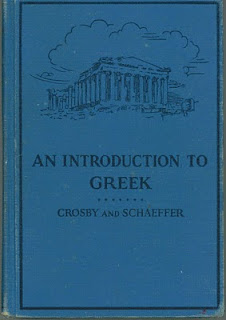