A lesson in strategic planning 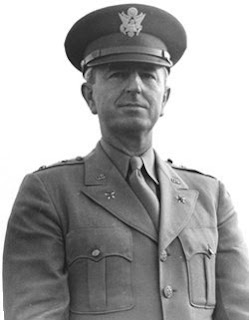 "The first thing for a commander in chief to determine is what he is going to do, to see if he has the means to overcome the obstacles which the enemy can oppose to him, and, when he has decided, to do all he can to surmount them."

Sometimes following links upon links turns up things I find interesting (realizing this isn’t everyone’s cup of tea). Having been involved in many planning projects, I stand in awe and appreciation of what General Wedemeyer accomplished.

An Unknown Future and A Doubtful Present: Writing the Victory Plan of 1941 is a monograph by Charles E. Kirkpatrick on then-Major (later General) Albert Wedemeyer task of calculating the structure and requirements of the U.S. Army to prepare for the likely war. Wedemeyer, the only U.S. officer to graduate from the German Army General Staff College, and his staff druing the summer of 1941 developed a large portion of what came to be known as the Victory Plan for World War II. From Kilpatrick’s monograph:

To his surprise, Wedemeyer ascertained that the government seemed to have no mechanism whatever for considering such paramount national policy problems or for answering them systemically. To Wedemeyer, it appeared that few men in Washington were even conscious of the fact that “supreme issues of war and peace required thorough analysis in the top echelons of the national government.” Government planning was short-term planning, aimed at accomplishing immediate goals, of which the ad hoc executive decision on the destroyers-for-bases deal was typical. Long-range planning to determine war goals for a peace favorable to the national interests of the United States seemed to be no one’s task.

While it’s easy to get bogged down in the details of the report, the preparation and strategic planning portion of Wedemeyer’s report provides a thorough approach to systematically addressing a daunting (and up to that point an undefined) task.

(I think I originally found this through a post at The Chicago Boyz linking to an article at Visions of Empire. Regardless of how I got there, thanks to all that posted on Wedemeyer’s report.)