In the First Circle online resources 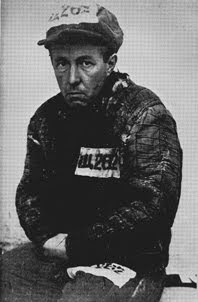 Such is the fate of Russian books today: They bob up to the surface, if ever they do, plucked down to the skin. So it was recently with Bulgakov’s Master--its feathers floated over only later. So also with this novel of mine: In order to give it even a feeble life, to dare show it, and to bring it to a publisher, I myself shortened and distorted it—or, rather, took it apart and put it together anew, and it was in that form that it became known.

And even though it is too late now, and the past cannot be undone—here it is, the authentic one. By the by, while restoring the novel, there were parts that I refined: after all, I was forty then, but am fifty now.

--The author’s note to In the First Circle

Thus begins the uncensored text to Solzhenitsyn’s novel, translated by Harry T. Willetts. As mentioned in a previous post, I read as much by Solzhenitsyn as I could when in my teens but somehow this novel eluded me. I’m happy that my first encounter will be with the full version the author intended. While chapters and passages are restored, one change includes the title. The “distorted” title, The First Circle, focuses on the place itself while the "restored" title emphasizes the people in that circle of hell. It’s a subtle change, but I think the "restored" title (and the text) raises the question of who exactly is in that circle. Below are some online resources for Solzhenitsyn and the novel:

The Wikipedia entry for Solzhenitsyn

[T]ruth eludes us if we do not concentrate with total attention on its pursuit. And even while it eludes us, the illusion still lingers of knowing it and leads to many misunderstandings. Also, truth is seldom pleasant; it is almost invariably bitter. ...

A decline in courage. . . may be the most striking feature which an outside observer notices in the West in our days. The Western world has lost its civil courage, both as a whole and separately, in each country, each government, each political party and of course in the United Nations. Such a decline in courage is particularly noticeable among the ruling groups and the intellectual elite, causing an impression of loss of courage by the entire society. Of course there are many courageous individuals but they have no determining influence on public life. Political and intellectual bureaucrats show depression, passivity and perplexity in their actions and in their statements and even more so in theoretical reflections to explain how realistic, reasonable as well as intellectually and even morally warranted it is to base state policies on weakness and cowardice. And decline in courage is ironically emphasized by occasional explosions of anger and inflexibility on the part of the same bureaucrats when dealing with weak governments and weak countries, not supported by anyone, or with currents which cannot offer any resistance. But they get tongue-tied and paralyzed when they deal with powerful governments and threatening forces, with aggressors and international terrorists.

Should one point out that from ancient times decline in courage has been considered the beginning of the end?

Aleksandr Solzhenitsyn by Alexis Klimoff (from The Scribner Writers Series)

While I am completely unfamiliar with Rick Sincere, his blog post on 'Solzhenitsyn and American Democracy' pulls together some excerpts from his speeches as well as commentary from various columnists.

A review by F. Roger Devlin in The Occidental Quarterly of The Solzhenitsyn Reader: New and Essential Writings, 1947–2005, edited by Edward E. Ericson, Jr. and Daniel J. Mahoney.

At the First Things Online, Daniel Mahoney responds to a critic of the Reader and Solzhenitsyn.

Mahoney’s “Traducing Solzhenitsyn” is also available at First Things (and answers some of the charges of anti-Semitism).

The Claremont Review of Books’ review of the Reader

Let's do the time warp: TIME magazine’s 1968 article on Solzhenitsyn 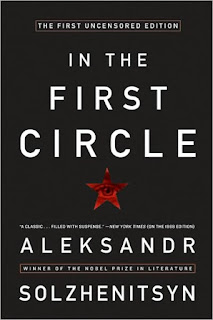 In the First Circle

I have already mentioned this review in The Wall Street Journal but will do so again. There is a link to the first chapter, also.

The new version (above) provides a cast of characters, which is extremely helpful. The book's Wikipedia entry has one as well.


An article on Schism and Conscience: Solzhenitsyn’s First Circle and Cancer Ward

An article on the science behind voice identification, a major part of the book


As an aside, since this is on-topic (for a change)…I recommend Anne Applebaum’s Gulag: A History,

“a narrative account of the origins and development of the Soviet concentration camps, from Lenin to Gorbachev. Based on archives, interviews, new research and recently published memoirs, the book explains the role that the camps played in the Soviet political and economic system. It also describes daily life in the camps: how people lived, worked, ate, slept, fought, died and survived.” 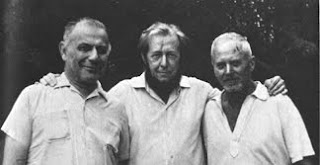