His Excellency by Joseph Ellis 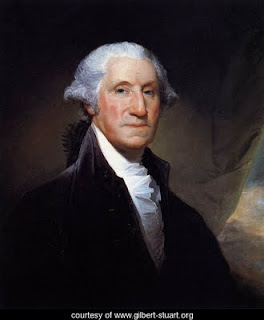 Joseph J. Ellis’ biography on George Washington weighs in at around 275 pages, which is a change from recent (literally) weighty tomes on the founding fathers. Ellis keeps the work shorter by summarizing surrounding historical details, going into detail when necessary. The conversational style masks, at times, an impressive amount of scholarship that is revealed in the notes.

Ellis embraces a “warts and all” approach (instead of a Zinn-like “warts only” view), but takes pains to look at how Washington’s actions fit into an overall framework of his make-up. Pointing out someone’s flaws doesn’t lessen monumental achievements. By putting the flaws into an overall context, it can help understand the person better…especially when it comes to someone like Washington and the mythology that surrounds him.

Here is a quote from the end of the book which summarizes one of Ellis’ overarching points on Washington:

His genius was his judgment. But where did that come from? Clearly, it did not emanate from books or formal education, places where it is customary and often correct to look for the wellspring that filled the minds of such eminent colleagues as Adams, Jefferson, and Madison with their guiding ideas. Though it might seem sacrilegious to suggest, Washington’s powers of judgment derived in part from the fact that his mind was uncluttered with sophisticated intellectual preconceptions. As much a self-made man as Franklin, the self he made was less protean and more primal because his education was more elemental. From his youthful experience on the Virginia frontier as an adventurer and soldier he had internalized a visceral understanding of the arbitrary and capricious ways of the world. Without ever reading Thucydides, Hobbes, or Calvin, he had concluded that men and nations were driven by interests rather than ideals, and that surrendering control to another was invariably harmful, often fatal. Armed with these basic convictions, he was capable of a remarkably unblinkered and unburdened response to the increasingly consequential decisions that history placed before him.